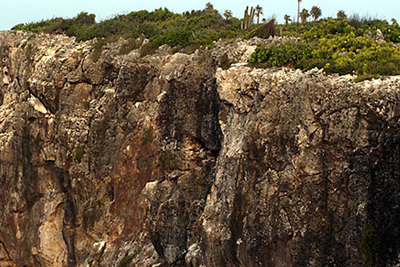 The 'Bluff' on Cayman Brac

The most interesting - and prominent - topographical feature in the Cayman Islands is the "Bluff," a steep cliff located on the sister island of Cayman Brac. In fact, the word "Brac" means "bluff," and describes this geological wonder that traverses the island, rising in places to 140 feet in height and offering spectacular views of the sea. In early spring, the foliage atop the Bluff is breathtaking.

In recent years, the Bluff has become a popular site for rock climbing and, in fact, as many as seven locations on the east end of the Bluff have been ascended. Climbers then rappel down the side of the Bluff to just above the turquoise reefs below. Some special techniques and skills are required, but local guides can prepare you for these terrific climbs. 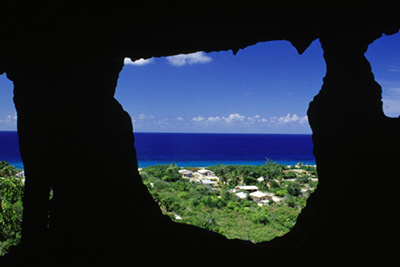 The Caves of Cayman Brac

The famous "Bluff" of Cayman Brac is riddled with caves, some large, some small, and some spectacular. In days gone by, "Brackers" would seek shelter in these caves from hurricanes, and many perished in them during the horrible hurricane of 1932. Today, these caves are accessible to tourists and among the more noteworthy are "Peter's Cave," facing the North Side toward the sea, the "Bat's Cave," which not surprisingly is home to many small bats which depart on nocturnal feeding forays, and the "Great Cave," located near the end of the South Side. 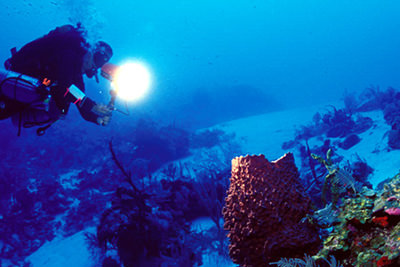 The Cayman Islands are recognized as the birthplace of recreational diving in the Caribbean and a Mecca of sorts to Scuba enthusiasts all over the world. At various times over the past 30 years, the Cayman Islands - either individually or collectively - have been named as the world's best Scuba destination. With more than 50 safe and reputable dive operations and 200 well-established dive sites marked with moorings, divers can choose from shallow shore dives to exciting deep wall excursions.

Regardless of whether you're a novice or a seasoned expert, Cayman's warm calm waters, 100 foot-plus visibility, and breath-taking variety of marine life offer a world of exciting logbook entries. Each island offers very different diving adventures for divers of all levels - from the North Wall of Grand Cayman to the Caribbean's only diveable Russian shipwreck, the 330 foot M/V Captain Keith Tibbetts off Cayman Brac.

Never been Scuba diving and want to learn? Most of the dive operations listed in the telephone directory offer short "resort" courses that will have you exploring the underwater world in no time.